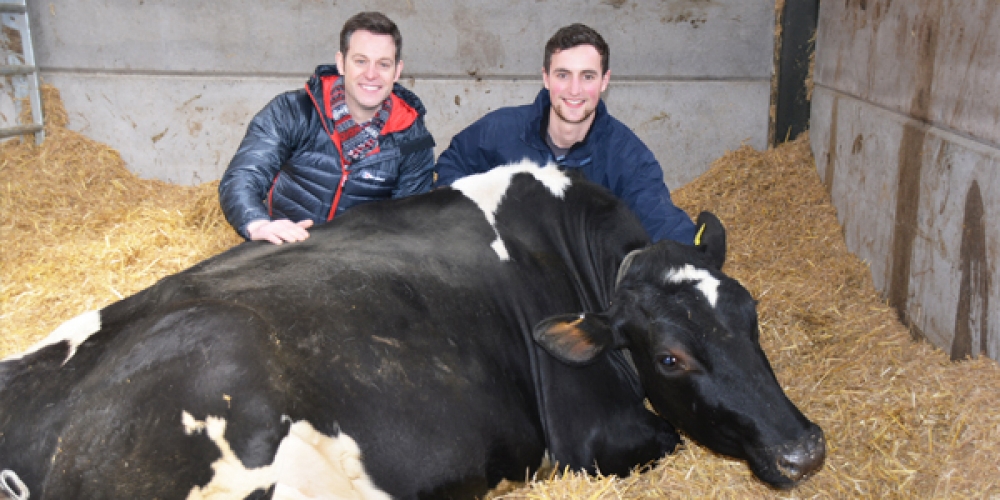 Adrian Smith is Bostock Green's local dairy farmer. Along with wife Alison and son Jason, Adrian runs the farm with the help of three members of staff, and is responsible for the Pedigree Holstein Bostock Herd. Calving takes place year-round with the cows producing an average of 8,600 litres.

It was Jason's endeavours, while studying at Reaceheath College in Nantwich, that attracted the attention of BBC’s Countryfile, and he was selected to feature in a programme about the future of young UK farmers, and apprenticeship schemes. Countryfile's Matt Baker visited Brook House Farm to interview Jason and film some of his and the team’s daily working activities on the farm.

Jason is the third generation of Smiths; Grandfather Les, started the Herd as a tenant farmer back in 1969, with just 80 cattle raised on the 140-acre Brook House Farm. His son Adrian, took over management in 1982, and is proud to have expanded the farm a further 260 acres and grown the herd to 320 Pedigree Holsteins, along with an Angus bull.

In 2014, aged 20, Jason was one of the youngest farmers to be chosen to join the inaugural ‘Future 15’, Tesco’s ‘Future Farmer Foundation’. Now 23, he says the experience gave him so many opportunities to broaden his knowledge, not only in the world of farming and agriculture, but also in business management.

Jason will continue in his father’s footsteps and eventually take over the full management of the farm. Like his father, who has won copious awards over the years, he will also be entering himself into a wide variety of competitions.

“Dad is renowned in the industry for his success at so many competitions over the years; the whole family were especially proud of him when he won Tesco Farmer Of The Year in 2012, along with Promar International Milk Minder Manager of the Year.”

“I will enter competitions”, he explains, “but like my father, it is not so much for the award itself, but to set my own standards.”

Adrian is delighted that son Jason will carry on the family tradition of dairy farming in Bostock saying: “He is already challenging me, and I don’t want to stifle his enthusiasm, I want him to learn from his mistakes, just like I did with my father.”