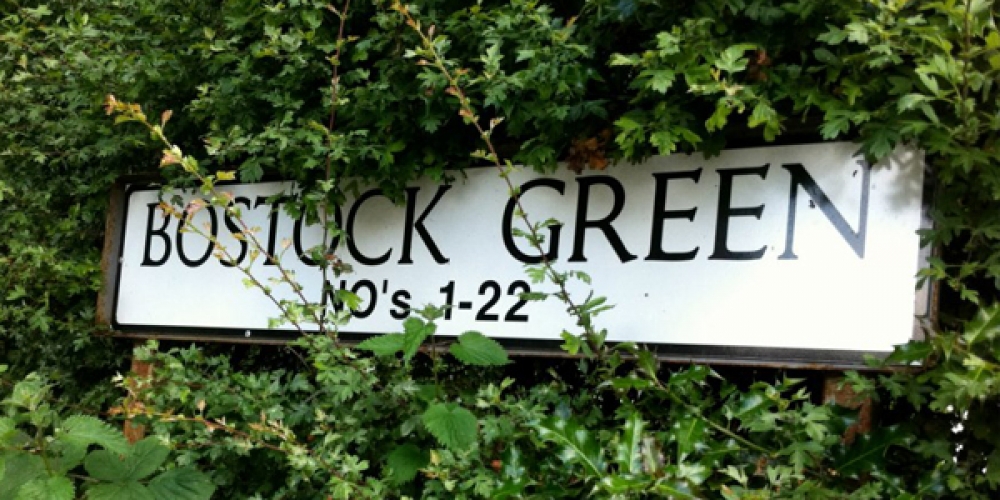 Ever wondered where the name Bostock came from? The following gives us some insight.

According to the Register of Place Names, the Anglo Saxon form of the name Botestock is a compound of two words botan and stoc. Bota originates from the Saxon verb 'Botan' or Betan meaning 'to help', while stoc meant 'a stock, a stump or a place', especially a place defended by a stockade or palisade. Botan Stoc means Bota's Stock; a well defended Stockdale or a fortified dwelling.

The Dictionary of British Place Names cites Bostock Green rather than Bostock stating 'Botestoch' 1086 - an outliying farmstead or hamlet of a man named Bōta.

In terms of the emergence of the village itself, England was initially divided into Counties, Hundreds and Tithings by Alfred the Great for the protection of property and execution of justice. A number of Hundreds comprised a County or Shire, and the Civil Government of the Shire was undertaken by an annual elected Shire Reeve or Sheriff. On the Domesday Map of Cheshire, Bostock is called Botestocke in the vicinity of Middestivic (Middlewich).The three neighbouring villages of Davenham, Moulton and Croxton are spelt Deveneham, Moletune and Crostune.

In the Domesday Book, the Manor of Bostock is recorded as having two acres of meadow and two acres of woodland, worth three shillingsin the Survey done at the time of King Edward's death in 1066.At the time of the survey of 1086, the value of the land had risen to ten shillings, but was said to be waste. It was assessed as follows:

In this later survey of 1086, it is mentioned that part of Osmer's Estate (Osmer de Bostock), which included the Manors or Shipbrook, Davenham, Leftwich and Bostock, were confiscated and given to Richard de Vernon to form the nucleus of the de Vernon Fief.