It's always an exciting talking point for residents when our swans return to Bostock Lake to winter with us.

A few years ago a pair of swans joined us on the Estate, raised two cygnets before leaving never to return. 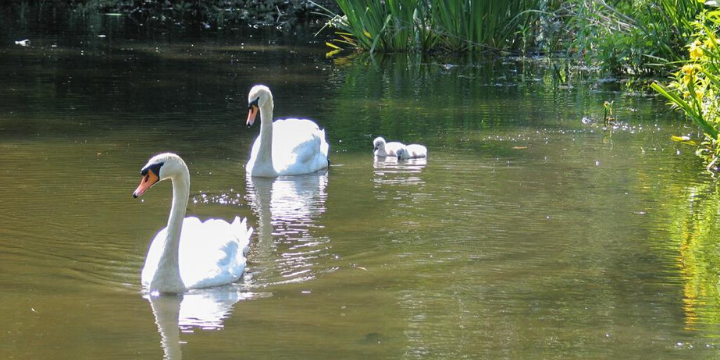 Then in November 2017, a lone, very shy young swan arrived and settled with us for the winter season, only to fly away at the beginning of spring. 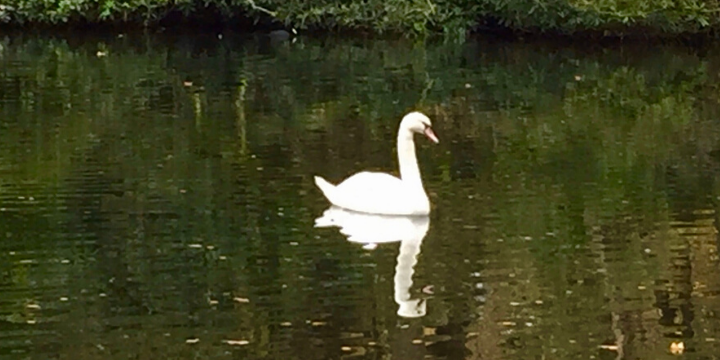 In December 2018, the swan returned, this time with a mate and before long they were joined by a third companion. 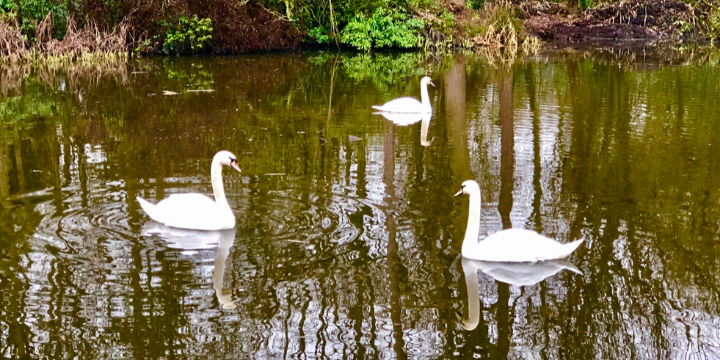 Again, after spending the whole winter with us, the three swans flew away. So it was a wonderful surprise this month when all three returned, along with two cygnets. 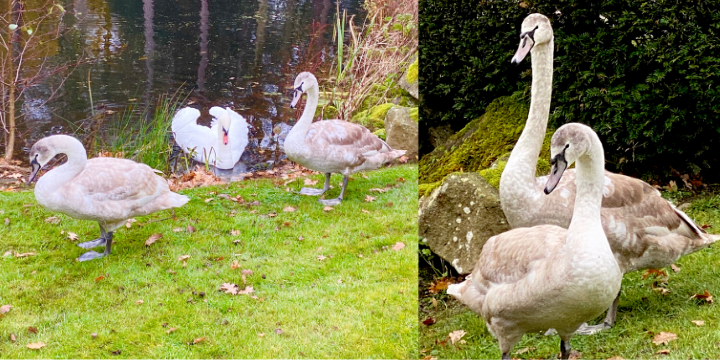 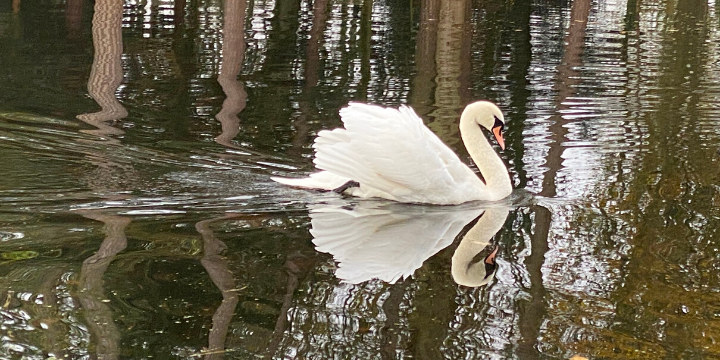 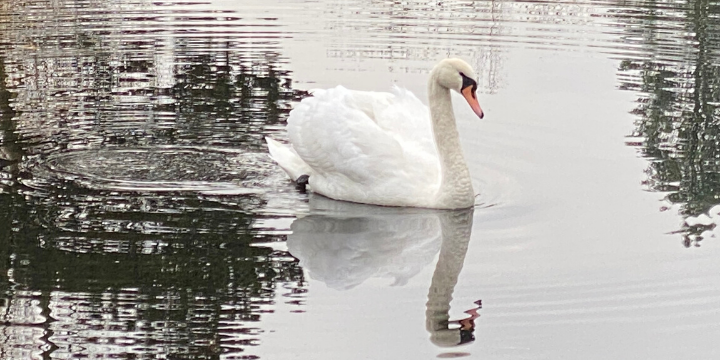 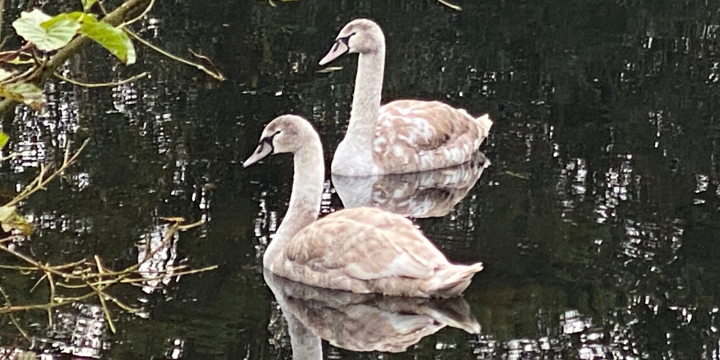 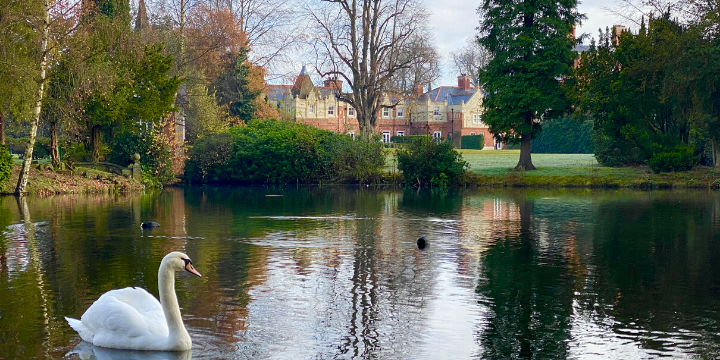 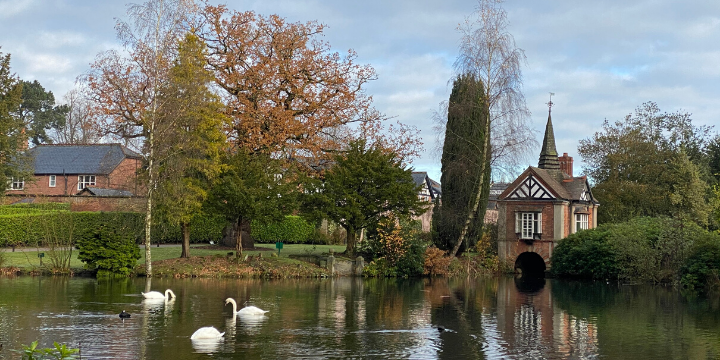 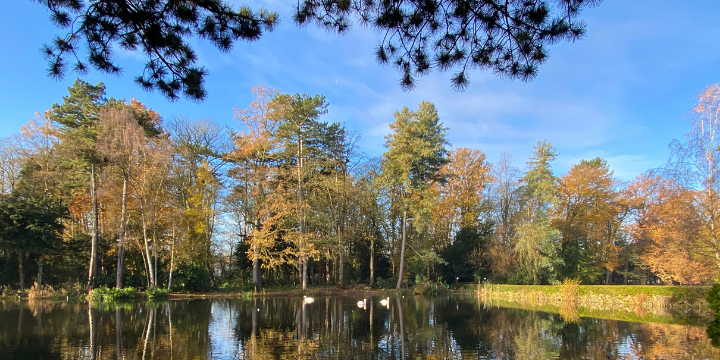 However, one cygnet disappeared overnight. The next day, one of the adult swans was captured driving the other cygnet away forcing it to fly down to the far side of the lake. Another of the adults then flew off with the cygnet leaving just a pair. 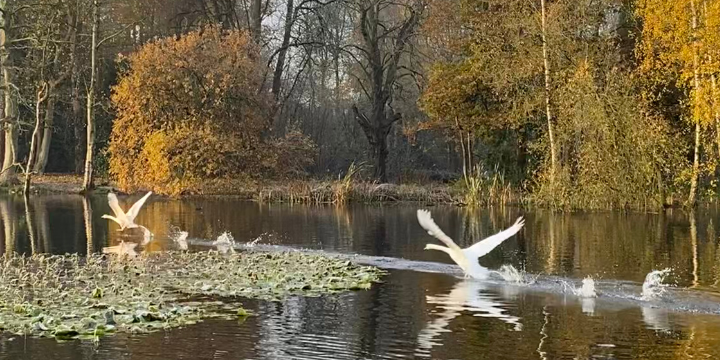 Later that day a lone swan and a cygnet of the same age were spotted in the Northwich Quay Marina, so we're hoping they are the same ones, both safe and well. Cygnets remain with their parents after hatching until the spring of the following year, so this one may have been escorted to a place of safety. We also have our friends the Bostock foxes! 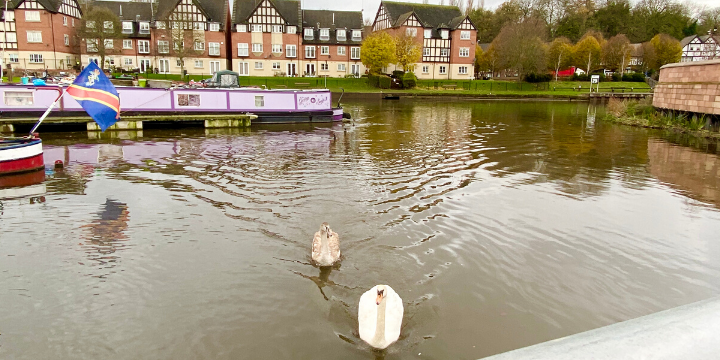 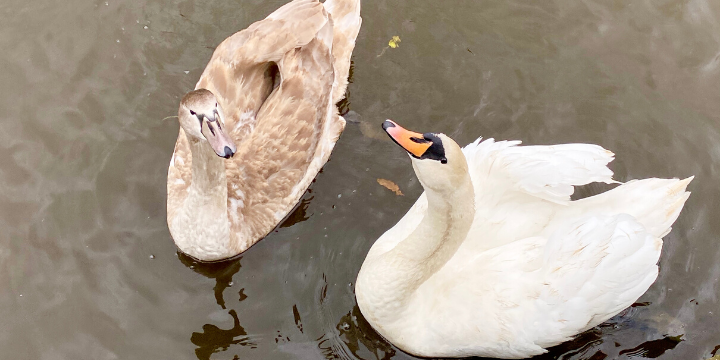